90 Day Fiance Star Larissa Lima says that she got a $72,000 surgical makeover just to look like beauty mogul Kylie Jenner..

She doesn’t regret the fortune spent as she reveals she is already reaping huge benefit.

Larissa showed off her new look, inspired by Kylie, last week with a one-hour lingerie show on the webcam app, CamSoda … and reports have it that those 60 little minutes hauled in more than $100,000 for the site. 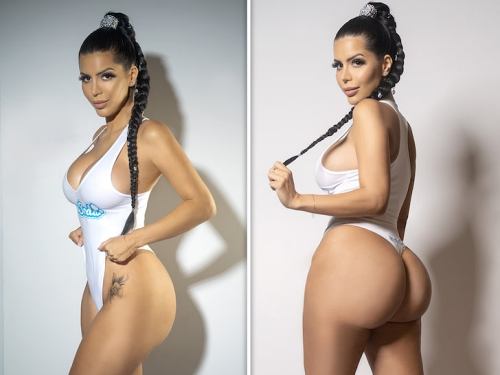 Reports have it that Larissa’s show had so much interest, it now ranks in the Top 5 all-time on CamSoda.

Tmz reports that Larissa dropped a cool $72,000 for a bunch of cosmetic surgeries, going under the knife with Dr. Lane Smith in Sin City to try and come out looking like Kylie.

Larissa got a boob job, liposuction on her abs and waist and a fat transfer to her bottom … plus botox, fillers and laser facials. She got it all for the gram.

Well it definitely pays to be a photocopy of Kylie Jenner…