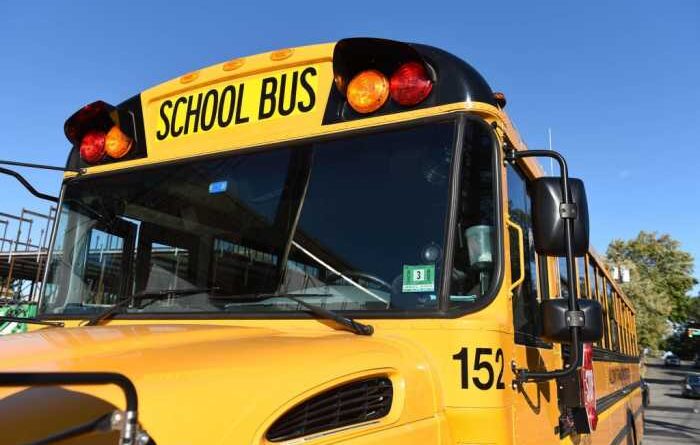 A local school bus driver was stabbed after he picked up students from a Washington state elementary school– According to authorities the driver died of his injuries once he arrived to the hospital.

The students of Longfellow Elementary were riding on the bus Friday when a man hopped on and attacked the driver.

After the attack, the driver attempted to continue driving but lost control of the bus then drove over a curb and crashed into some hedges near the school.

There were children on the bus and at the school grounds were pulled into the school building, and the suspect was located at the scene when officers arrived.

He was taken into custody very quickly, police said. The driver was driven to a hospital, where he died.

No students were hurt during the attack– thank God and the school also reached out to parents to pick up their children from the school. As of right now, there are no details on the motive for the stabbing.

“The Pasco Police Department will work in close partnership with the Pasco School District through this investigation.

”“We are devastated by the tragic loss of one of our own,” Pasco School District Superintendent Michelle Whitney posted on Facebook. “Our focus right now is on supporting our students and staff who are deeply impacted by this tragedy.”