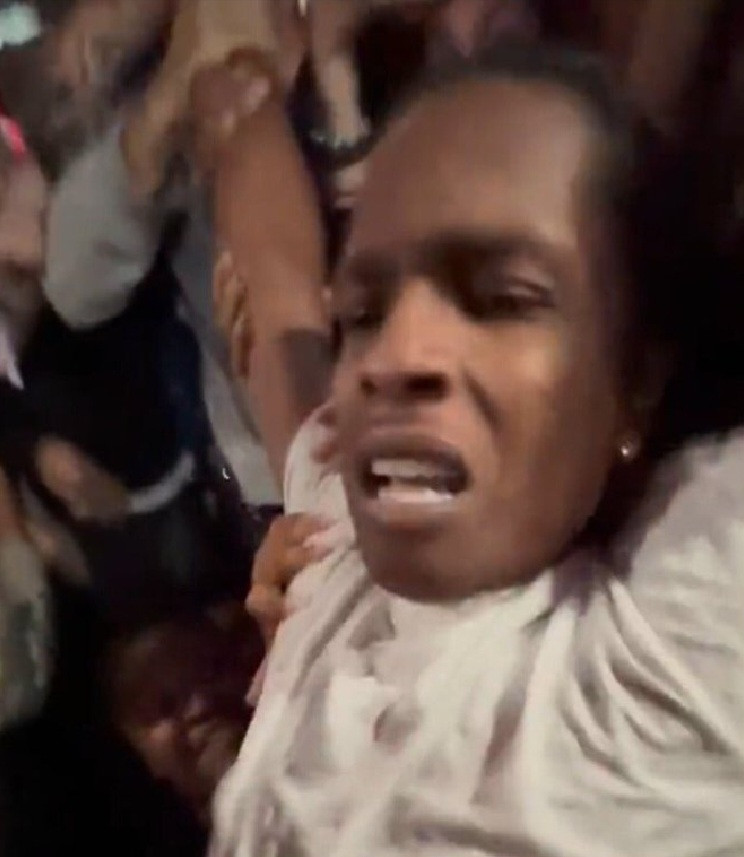 A$AP Rocky has reacted to a viral video of him looking distressed while surrounded by fans.

The rapper performed at Rolling Loud and fans took to social media to complain that he was late and spent most of his performance ranting and jumping around before deciding to try throwing himself in the crowd.

As the rapper jumped into the mosh pit, fans caught him and are seen touching him.

A video of the rapper panicking and looking distressed went viral, with many talking about it.

A$AP then responded to explain his reaction.

The rapper who shares a son with Rihanna said someone in the crowd was “squeezing life” out of his “nutz”, which is why he looked distressed.

“That shit not funny,” he wrote. 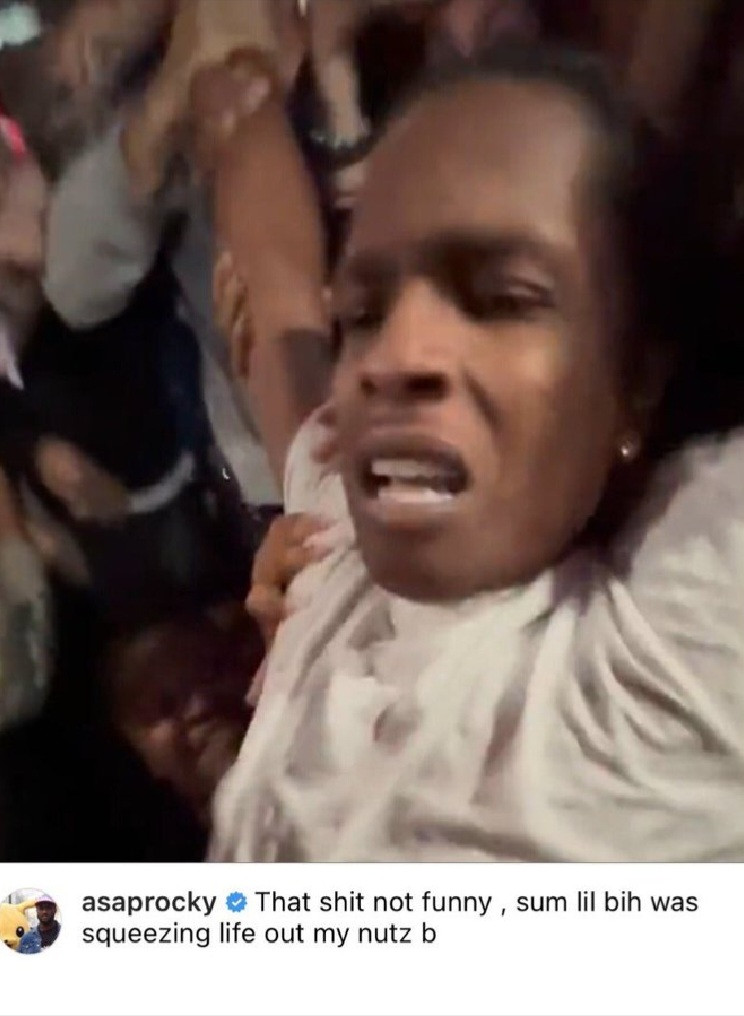 ASAP Rocky explains what really went down in the most pit 😭😭 pic.twitter.com/2oLwGNWLN7