An Adulterous Mans penis got stuck in a woman’s vagina who is alleged to be married to another man in Ogun State.

The incident took place in a hot afternoon, as the duo were seen covering there naked body with a white cloth and trying to pull out.

From the clip a man who is rumored to be the husband of the woman is seen slapping the man and another man is seen pouring water in between to create some kind of lubricant.

The man seems to be giving the woman a hot doggy, until the vagina refused to release the penis.

Some allege that,  what caused the Penis captivus  was some sort of charm used to catch cheating partner, it is wildly used in south west.

Both the man and woman were seen crying… 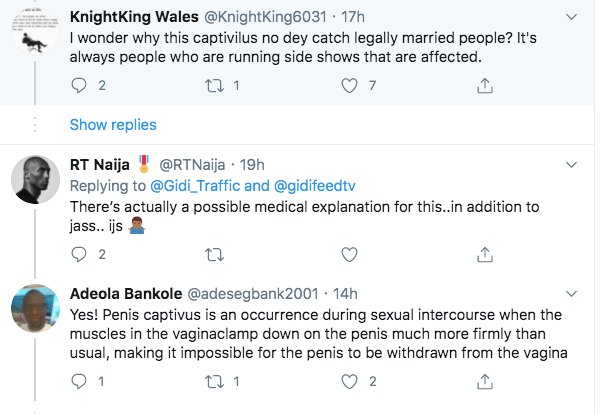