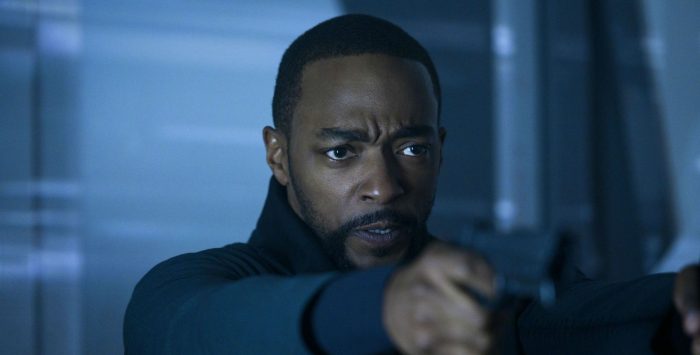 Anthony Mackie stars in the movie The Ogun. He is continuing his streak of being the busiest streaming star, doing the rounds at Netflix, Apple TV+, Disney+, and now Netflix again with a new thriller feature film The Ogun. Mackie is set to star in and produce the thriller, written by former stuntman-turned-action screenwriter Madison Turner, which follows a man as he brings his teenage daughter to Nigeria to find a cure for her rare genetic condition, where she is kidnapped.

Anthony Mackie stars in the movie The Ogun as he has signed on to star in and produce the new Netflix thriller The Ogun. It will be his third collaboration with the streamer, after starring in the second season of Altered Carbon, the action thriller Point Blank, and an episode of Black Mirror.

Here is the logline for The Ogun:

The film, written by former stuntman-turned-action screenwriter Madison Turner, centers on Xavier Rhodes (Mackie) as he brings his teenage daughter to Nigeria to find a cure for the rare genetic condition that he’s passed on to her, but when his daughter is kidnapped, Rhodes goes on a rampage through the criminal underworld to find her before it’s too late, testing his powers to the limit.

Netflix is not for want of B-movie international action thrillers with bankable stars, and The Ogun sounds just up its alley, in the vein of Extraction or the upcoming Mosul.

But Mackie seems to have found a good partner with Netflix, producing the project alongside Jason Michael Berman for Mandalay Pictures, a company that has worked with Netflix for the past three years distributing non-theatrical titles like Burning Sands, Little Evil, Amateur, Juanita, Otherhood, Uncorked, The Last Days of American Crime, and the sci-fi film Io, which also starred Mackie.

Mackie has just wrapped up his first project at Disney+, the highly anticipated Marvels series The Falcon and the Winter Soldier, and has appeared in other streamer’s original titles like Apple TV+’s The Banker.

But it seems like all roads lead back to Netflix for Mackie: even the upcoming psychological thriller in which he’s set to star opposite Amy Adams, The Woman in the Window, is in the process of being sold to Netflix from 20th Century Studios.

I have to confess: I don’t find Mackie a very interesting star. I think he can be good in a supporting role, but I’ve found him lacking the charisma needed to be a leading man, though that may be a result of the kind of bland movie choices he’s been making post-Marvel. But The Ogun sounds like a good vehicle for him, and you know, get that Netflix money.