Brian Austin Green opened up about his marriage with Megan Fox. He revealed that signs of trouble first came to him in a dream — but then became a sad reality.

Brian is a star actor in “90210” who further addressed rumors on his podcast Monday that things are not soft at home. He confirmed the rumors of Machine Gun Kelly and Megan Fox his supposed estranged wife was hanging out in Los Angeles on Friday. He also added that him and Megan are done for good this time.

Brian revealed more saying– I had an uneasy feeling around Halloween time in 2019 while Megan was out of the country for a few weeks shooting a film. He says he had a dream she came back and was distant and things were off, and sure enough … that’s how it played out when she returned.

Brian claims after a couple weeks he asked Megan if he should be worried about their marriage — and her answer was clear as the blue sky. He says she admitted while she was away shooting the movie she realized she feels “more like herself” when they’re apart … so they decided to separate and try that situation out for awhile.

Summary of the whole story — Brian Austin Green said things didn’t improve between them and it started sinking in for him that this might be the end of the marathon and they’re heading for a divorce … after 15 years together, 10 years of marriage and 3 kids together.

Brian says he’s not upset with Megan for being honest with him, and he even seems totally cool with her meeting MGK on set and spending time with him recently. 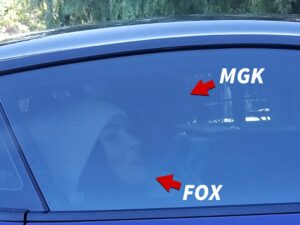 Brian sounded caring saying, “I don’t want them to be defamed and i don’t need any pity party or someone out there feeling sorry for me.