Cardi B wants a dissolution of her marriage with rapper Offset, but she wants it to be friendly, and had no idea her lawyer filed documents that made it sound highly contentious.

She filed the paperwork on Tuesday TMZ Reports.

Cardi’s lawyer filed legal docs asking for legal custody and primary physical custody of 2-year-old Kulture… But that is not the case.

Sources close to Cardi says…. she did not know the lawyer was positioning her case this way.

The ‘WAP‘ rapper wants Offset to have a joint custody of Kulture and is determined to have an amicable, co-parenting situation.

Our sources say Cardi is in touch with her lawyer and the document will be amended to reflect her wishes.

Cardi B does not want any support from Offset … in the financial department– that was also amended.

Offset has yet to respond to the divorce petition.

The Fulton County superior court confirmed that a divorce petition has been filed in Superior Court, Fulton County, Georgia by Belcalis Almanzar v. Kiari Cephus, according to HollywoodUnlocked.

The divorce came days after Cardi posted a cryptic quote to her Instagram story that reads: “Her heart finally told her to stop wasting her time… it’s time.”

After their secret 2017 wedding, the marriage was plagued with numerous cheating allegations. Then they later welcomed daughter Kulture.

#PressPlay: #TSRProposals : Congrats to #CardiB and #Offset! Here’s a video of when he popped the question at #Powerhouse ❤️ via: @power99philly

Cardi previously announced her decision to divorce her  husband, but Offset made a public apology at one of her biggest festival performances at Rolling Loud. 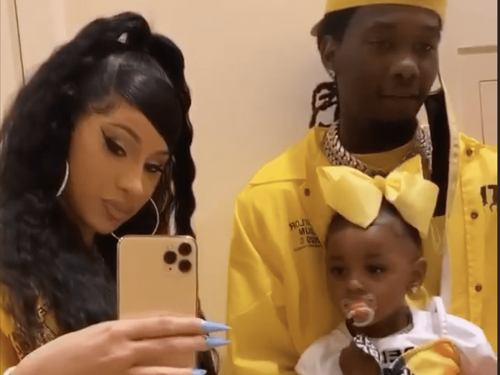 The Migos rapper took over the stage with a big presentation of flowers and cake that read, “Take me back, Cardi.”

Offset is the father of four children: sons Jordan and Kody and daughter Kalea from early relationships, and a daughter with Cardi B, named Kulture Kiari Cephus, born July 10, 2018.

Tory Lanez Apology Text To Megan For Alleged Shooting Says, ‘I was Wasted’