Details of Breonna Taylor’s killing are been swept under the rug and hidden from public view by top city officials like the mayor,  the late Breonna family’s legal team reveal.

A hard deadline came and went Friday, at which point the Louisville Metro Police Department and the City itself — at the direction of Mayor Greg Fischer — were supposed to produce crucial docs pertaining to the investigation– Attorneys representing Breonna’s family told TMZ.

Reports have it that her lawyers asked for an official autopsy report, personnel files for the cops involved in her death, and the Mayor’s internal communications about all this too. 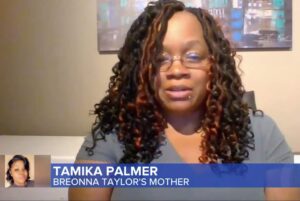 Her legal team says NONE of the docs were produced as of Monday — after over a month of stonewalling and what they characterize as a refusal to comply with their open records requests.

The attorneys reveals they believe this is due to an attempt to cover up her death.

They do note the City tried claiming there was a misunderstanding in the back of forth of their requests — but even after that, the attorneys say they still came up with only a few of the requested documents.

The team writes, “We intend to seek all sanctions available for these blatant and willful violations of CR 45 (a KY subpoena rule).

Meanwhile, we present this information so that the public is able to see the lengths that the city will go to in order to withhold the truth and keep Tamika Palmer from learning the facts surrounding her daughter’s murder.”

#Breonna’s family attorneys are strongly echoing what Beyonce herself said in an open letter to Kentucky’s Attorney General.

that the process has stalled, and that his office needed to take over ASAP, while committing to transparency along the way.

[…] know I have said and done things that might have offended people during my career, but I have never knowingly pursued any underage women at any point.” — The Stand-up […]