Faith Evans domestic violence case has been dropped — Reports have it that she won’t be prosecuted for allegedly attacking Stevie J.

The Los Angeles County District Attorney’s Office tells TMZ … they are declining to prosecute the singer because the alleged victim, her husband Stevie, declined to testify against her.

RECAP– Faith was arrested last month after she allegedly got into a heated argument with Stevie at their Los Angeles – area home, which at some point turned violent. 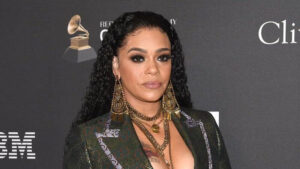 Law enforcement sources reveals — Stevie was the one who called cops to their home the night of the fight. it was gathered he just wanted her out of the house, and never wanted her arrested or prosecuted in the first place.

Authentic Source reveal that cops had no choice but to arrest Faith for domestic violence because Stevie had visible scratches on his face when officers arrived at the scene.

It was just last year when rumors started buzzing that their marriage was in trouble.

However, things seem to be OK — even after this arrest — the couple is still together and Stevie recently told The Shade Room he’s not going anywhere.

Looks like everything is good at home, faith posted a picture of her, Stevie and a little baby girl she dubbed cuz — 10 hours ago.

[…] racist woman in Los Angeles brought hammers to a face-off with her neighbors — whose car she proceeded to smash up . The car smashing got her an ass […]

[…] do note the City tried claiming there was a misunderstanding in the back of forth of their requests — but even after that, the attorneys say they still came up with […]