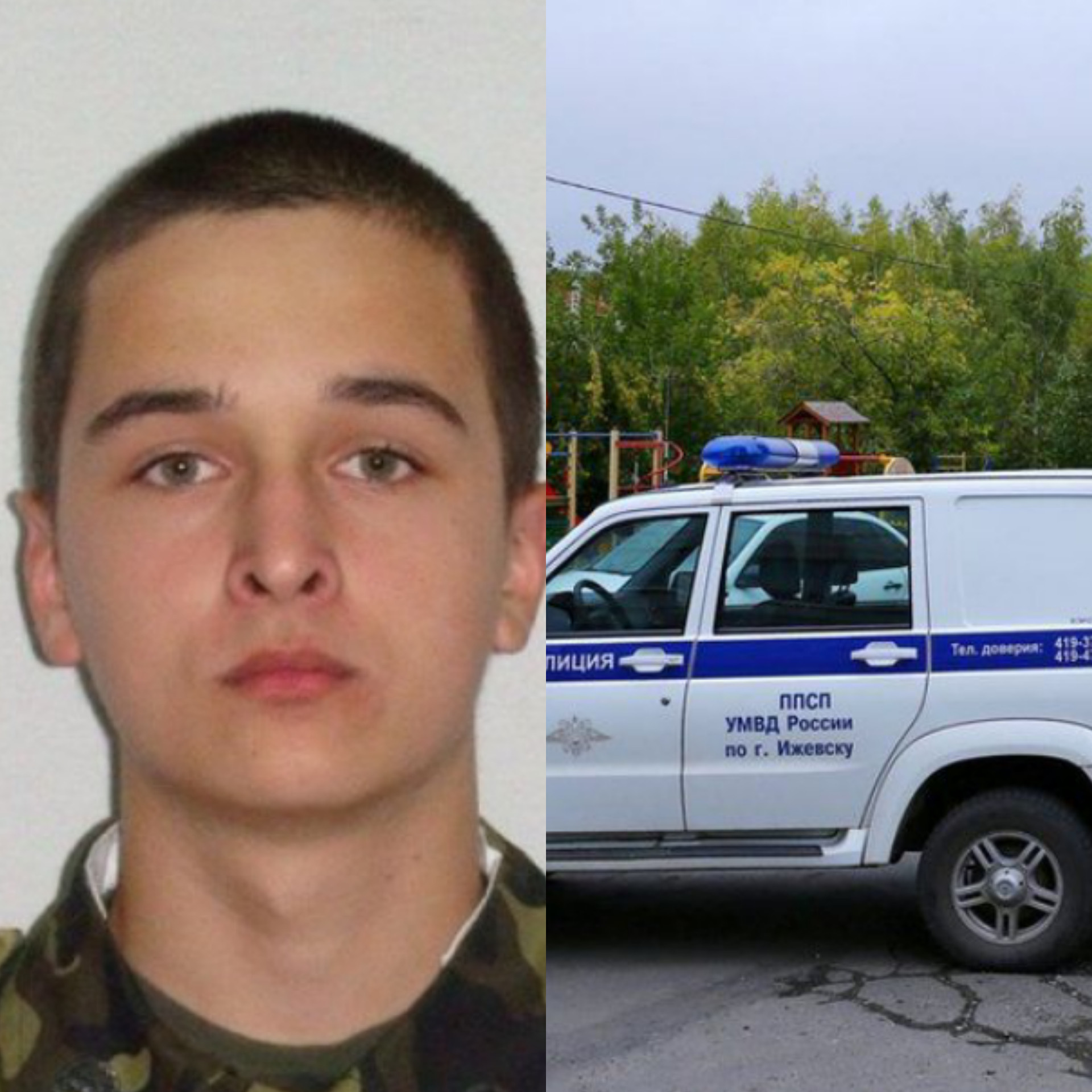 A gunman has opened fire at a school in Russia, killing at least 13 people and injuring 21 on Monday, September 26, Russian government officials say.

Seven children and six adults were reportedly killed, including two security guards and two teachers in the city of Izhevsk.

The gunman who was a former pupil of the school killed himself at the scene. It is alleged he is a Ukranian and a trending photo shows him wearing Ukranian military uniform while wearing a swastika on his chest.

On social media, videos appear to show panic inside the building where the shooting took place. 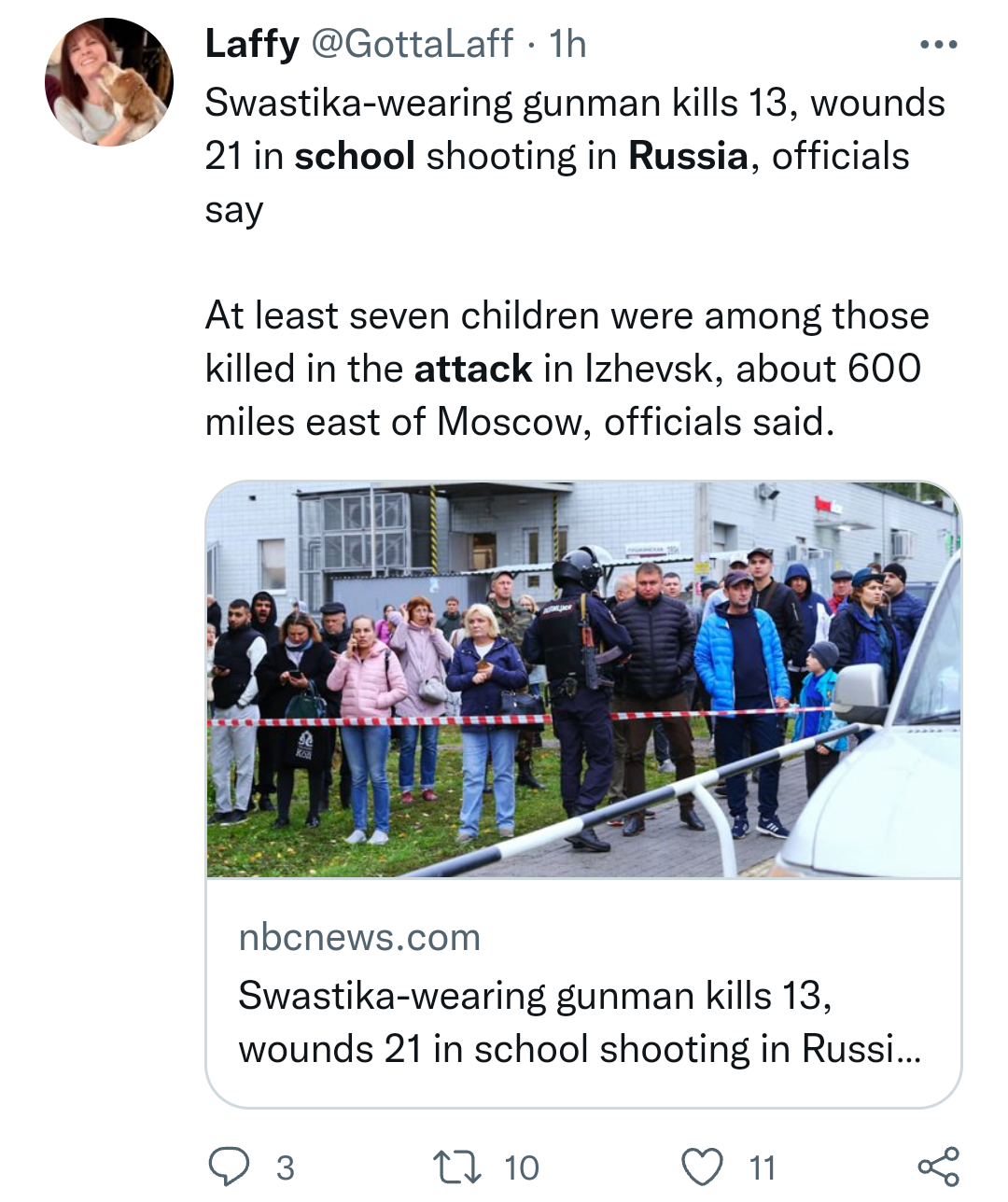 Some footage shows blood on a classroom floor and a bullet hole in a window, with children crouching down underneath desks.

Another video posted online by the crime investigative committee shows the gunman lying dead on the floor wearing a T-shirt with a Nazi symbol and a balaclava. Investigators are searching his place of residence. 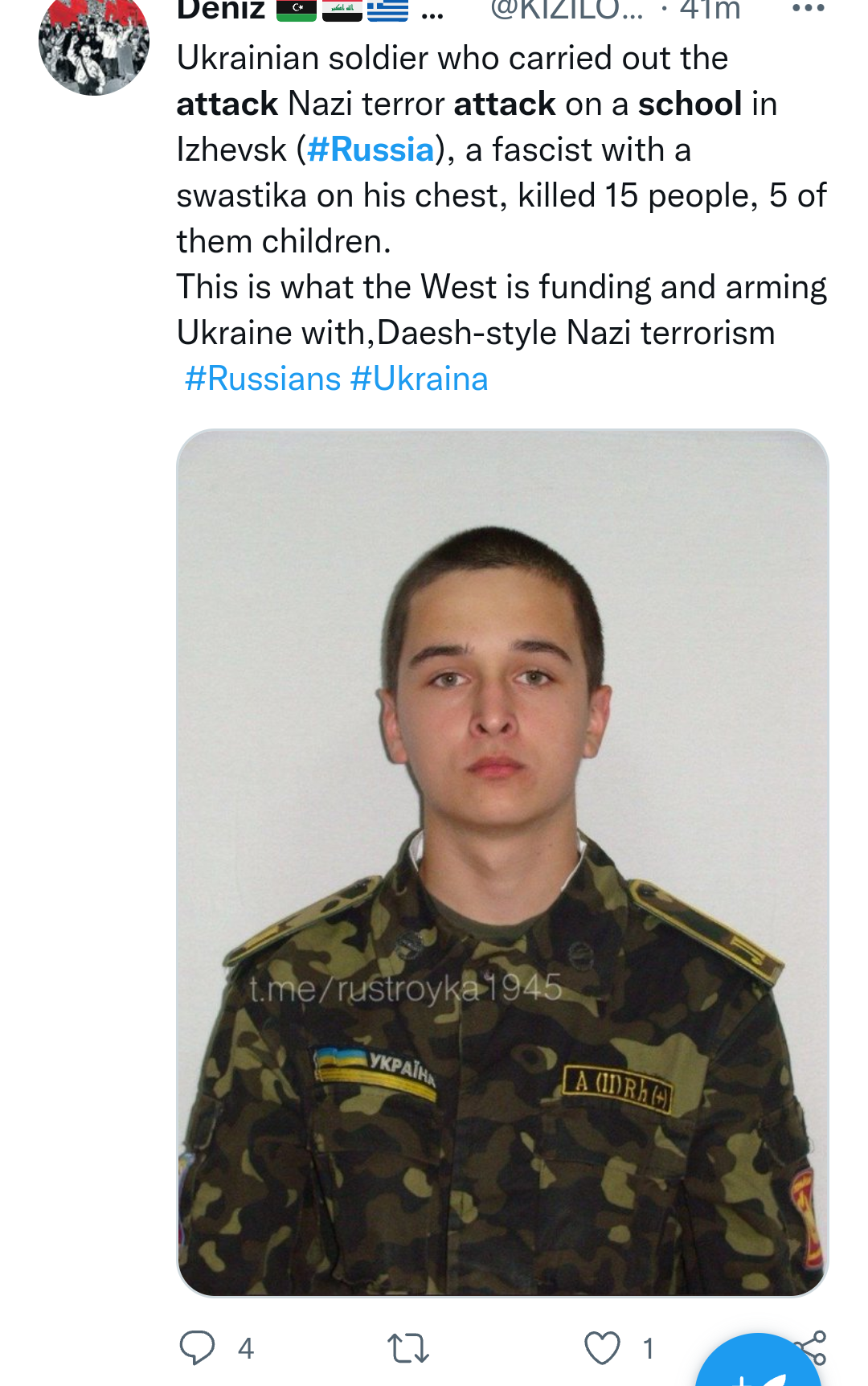 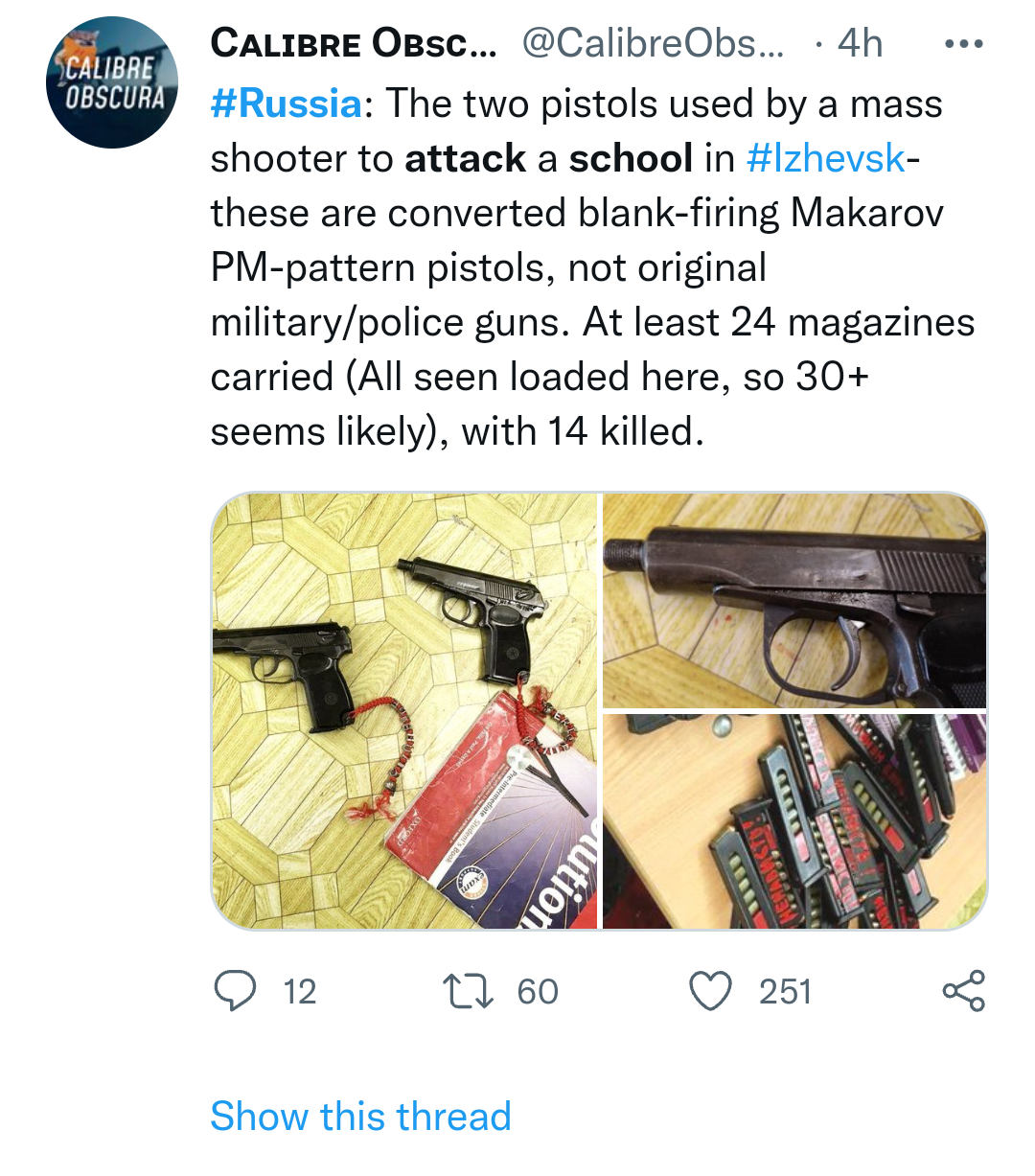 A mourning period until 29 September has been announced by the head of the region.

Nazi terror attack on a school in Izhevsk (Russia), a fascist with a swastika on his chest, killed 15 people, 5 of them children.

This is what the West is funding and arming Ukraine with, Daesh-style Nazi terrorism. #Rusya #Russians #Ukraina #AntiNazi pic.twitter.com/RmLuAIP3oh