He’s already serving a 23-year sentence in New York and feels a trip to an L.A. jail would be a death sentence because of COVID.

Weinstein was sentenced in March to 23 years in prison in New York after being convicted of committing a criminal sex act in the first degree and rape in the third degree.

Effman says his client’s health would be at serious risk if he’s transferred to L.A. — where coronavirus cases have been surging — especially the county’s jail system which has been plagued by COVID-19 outbreaks. 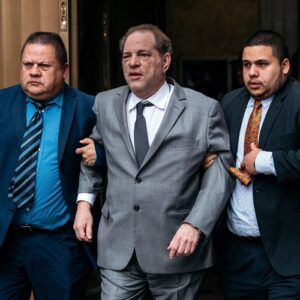 Weinstein tested positive for the virus in March and recovered, but his lawyer says that’s no guarantee he’s immune now.

Effman points out the Wende Correctional Facility in upstate New York — where Weinstein’s currently locked up — has had a low infection rate and zero COVID deaths.

His lawyer argues, there’s no reason to send Weinstein from a relatively safe environment to a dangerous zone.

Effman says Weinstein’s not fighting extradition altogether … he just wants to wait until the conditions are safer.

The coronavirus outbreak already delayed his extradition back in May. A hearing’s set for this week to address the issue again.

[…] There previous experience with this sort of thing made them realize the shoes weren’t legit, so they stopped them. […]