Joseph McCann a serial rapist was given 33 life sentences in December for attacks on 11 women and children.

The report revealed so far that only one person has been demoted.

One of McCann’s victims called the probation service’s actions “shambolic and chaotic”.

The 34-year-old convicted burglar had been freed after a probation service error at the start of 2019.

The independent review headed up by Chief Inspector of Probation Justin Russell said this happened despite there being signs he posed a risk to the public and could commit sexual offences. 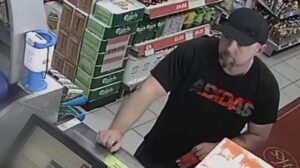 Two months after he left prison, over the course of 15 days last spring, he abducted, raped and assaulted victims aged between 11 and 71 in Watford, London, Greater Manchester, Lancashire and Cheshire.

Joseph McCann saw 10 staff over 11 years, with three different probation officers responsible for his case in the months leading up to his prison release.

He had been seen by probation officers 10 times in that two months, the final time in April just days before he carried out the first rape.

An internal review published by the Ministry of Justice in March laid bare the errors made in the case, including repeated failures to recall him to prison despite officials warning of the risks he posed.

“McCann was managed by an unstable team, lacking experienced and skilled practitioners– Mr Russell said from two of his reviewed reports.

“There were signs that he posed an increasing risk to the public. There was evidence of his potential for sexual offending.”

prison staff did not share information about the risk posed by McCann with probation, meaning probation staff did “not have a clear picture” of who they were dealing with and were making decisions based on inadequate assessments.

In his initial time in jail, been regarded as posing a “high risk of serious harm to family members”, having sent letters including threats of sexual violence to relatives.

He had also sent a threatening letter containing a sexual reference to his probation service offender manager, causing his case to be handed to another worker.

But decisions on whether to release McCann were “too focused” on whether he would carry out more burglaries, the report said, despite warnings as early as 2011 that he had the hallmarks of a sex offender, and were “not based on an analysis of his patterns of behaviour”.

Another “key element” of planning for such a high risk offender to leave prison was making sure he had suitable accommodation.

He should have been given a bed in a bail hostel, known as approved premises, where he could be monitored by probation after being freed.

Mr Russell said — But after probation officers twice “tried, and failed” to get him a space he was instead allowed to live with family where he could not be monitored closely.

The probation officers and other specialists didn’t fully analyse his record in jail (at one stage he’d made a “serious” attempt to escape) nor did they spot that his “core attitudes” hadn’t changed even though he’d completed offending behaviour programmes – the description “manipulative” appears in the report five times.

The decision that McCann could be freed – made in 2017, the same year Worboys was recommended for release – came amid huge political pressure to monitor indeterminate sentence prisoners in the community rather than in custody.

The report says the influence of this strategy was “evident” in the failure to send McCann back to jail.

Worboys‘ release was eventually blocked by the High Court. McCann, however, was not stopped until it was far too late.

Alan Collins, one of the lawyers representing McCann’s victims, said the report made “distressing reading” and called for dangerous offenders to be “red flagged” across the justice system to make sure such failings never happened again.

Louisiana AquaMan Swims with Fishes in Bass Pro Shop’s Aquarium, Cops are Fishing for Him

Bikini Hero : A Nude Sunbather saves a Family of Three from Drowning in a Riptide in Pedn Vounder