Kanye allegedly cut off communication with Kardashian, even prior to officially filing for divorce in February– According to Page Six.

The report claims Yeezy changed his phone numbers and told Kardashian she “can contact him through his security team” if she needs to speak with him.

Despite the communication lines being torn down, Kanye and the reality television star are reportedly still doing the best they can co-parenting their four children. 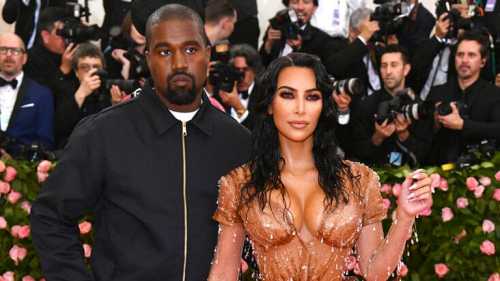 The source said–  “Despite this, she trusts him around the kids. He loves them and is seeing a lot of them,”.

“She leaves the house and he arrives and hangs out with the kids. They have an army of nannies so the transition is easy.”

As far as the divorce proceedings go, financials were reportedly easy to divvy up with an alleged prenup already agreed to when they got married in 2014 in Florence, Italy.

Kanye is still working on new music and traveling back-and-forth from his Wyoming ranch to their Hidden Hills mansion in California where the kids and Kardashian currently reside.

A Florida school was sued after a mother of two with an Onlyfans account was prohibited from volunteering.