Kanye West former bodyguard has labeled the rapper a bully and is threatening to sue him for damages.

Steve Stanulis has spoken out against the rapper numerous times, claiming he was the “neediest, moodiest client” he’s ever had.

The bodyguard Steve was accused of breaking a confidentiality agreement after he spoke out about his time looking after Kim Kardashian’s husband on a podcast earlier this year, but now, he’s the one who’s threatening to sue.

After sharing a number of stories of Kanye’s alleged degrading demands and behaviour, Steve was sent a cease and desist letter by the rapper’s lawyers in June, threatening to sue him for $10 million if he continued to speak out. 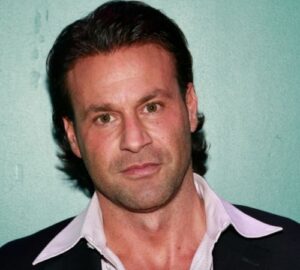 “I’m not going to let Kanye West and [his wife, Kim Kardashian, whose signature also appeared on the cease-and-desist] push me around just because they are rich and famous. I’m won’t be intimated by these two egomaniacs!”

The bodyguard added that he would never sign away his “First Amendment rights” and that he’s even developing a new movie based on his experiences as a bodyguard to the stars.

“So if Kanye and Kim want to go to war, bring it on — they aren’t the only ones with a strong legal back up.”– He added. 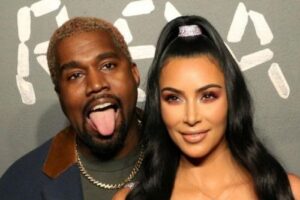 Back in May, Steve made a number of claims about the couple on the podcast.

He even went as far as to say he was convinced that Kim and Kanye would tip the paparazzi off about their whereabouts, saying there was no way photographers always just happened to know where they were going.

Steve, who got into being a celebrity bodyguard after working simultaneously as a stripper and a police officer, also shared tales of Kanye’s shocking degrading  behaviour.

Kanye West Former Bodyguard Steve added that the rapper wouldn’t even push a lift button for himself.

He continued: “The first day I met him, it was fashion week. I was supposed to meet him at the studio.

We get into the elevator and he’s says, ‘Aren’t you going to push what floor we are going to?’

I was like, ‘I have no idea what floor, it’s my first day’. So he starts ranting, ‘So you mean you didn’t call ahead to find out where I’m supposed to be going?’

I said ‘no’. So he’s ranting and raving. So I said, ‘Look bro, we can do this one of three ways. One, you could tell me what button to press, and now I’ll know.

Two, you could press the button, and I’ll see which one you press so I’ll know. Or three, you can sit in here all day and tell me how important your time is and we are not going to go anywhere’.

Kanye would insist that I should walk 10 paces behind him at all times in public, making it pretty difficult for me to do my jobSteve Stanulis

#Bruised Boy, 4 was Starved to Death by Dad and Girlfriend : Dehydrated in a Trailer