MacKenzie Scott is surely proving to the world that she is not a gold digger by her recent act of selflessness.

MacKenzie, who restored her maiden name after divorcing Jeff Bezos, said on Tuesday–  “Like many, I watched the first half of 2020 with a mixture of heartbreak and horror.”

She also acknowledged the privilege and opportunities she had and said she wanted to help organizations to help balance the odds in today’s society.

“Many will choose to share some of what they have with people whose equal participation is essential to the construction of a better world.”MacKenzie Scott

MacKenzie pledged last year to give away the majority of her wealth and wanted to make it clear.

she didn’t just blindly give money to non-profit organizations.

A SCRUPULOUS BREAKDOWN OF HER CHARITABLE PATH 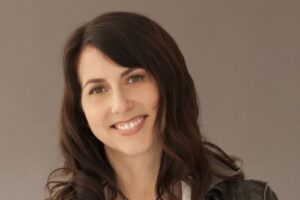 In June 2020, it was revealed by Forbes magazine that MacKenzie is the 22nd richest person in the world, largely due to her $38 billion divorce settlement.

50- years- old Mackenzie is an American novelist and venture philanthropist.

MacKenzie wrote her debut novel, The Testing of Luther Albright, eleven years later in 2005 for which she won an American Book Award in 2006.

Her second novel, Traps, was published in 2013.