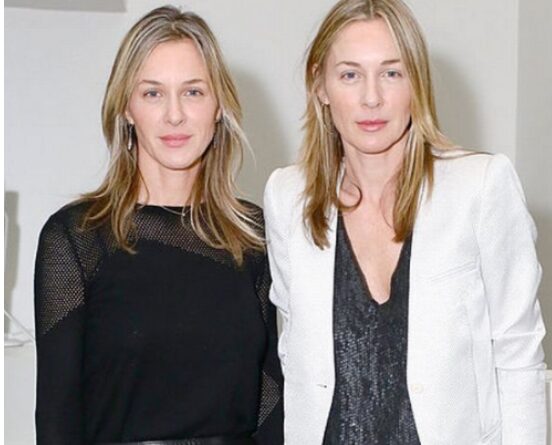 The relationship between identical twin sisters, Cecilia Bonstrom and Charlotte Bonstrom, is said to have been destroyed after one started dating the husband of the other.

Model Charlotte Bonstrom, 50, who lives in New York but is originally from Sweden, has two kids with 62-year-old Vittorio Assaf, co-founder of Serafina Restaurants.

She recently dumped her husband for her twin sister, Cecilia’s husband, it is claimed.

Cecilia and Vittorio Assaf had been married for 20 years but are now in the process of getting divorced after Charlotte cheated with fashion executive Thierry Gillier, 62. who is married to her twin sister.

Charlotte and Thierry Gillier began seeing each other during the pandemic, not minding that he was married to Charlotte’s twin sister, Cecilia.

Cecilia reportedly found out in March 2020 and appeared to post about it on Instagram, writing: “Maturity is learning to walk away from people & situations that threaten your peace of mind, self-respect, values, morals or self-worth.”

Since Cecilia’s cryptic messages, neither her sister nor husband appear to have featured in her Instagram posts.

Cecilia and Thierry Gillier have now split because of his affair with her sister Charlotte and a source told the New York Post’s Page Six section that it is unlikely the sisters will ever be friends again, as the affair “broke Cecilia’s heart”.

Vittorio, originally from Italy, said: “Charlotte and I are in the process of getting divorced – she wants to get remarried.

“[She] is getting married to Thierry Gillier, the ex-husband of her sister.”

Cecilia is still artistic director of Thierry’s fashion label, it is claimed. On the company website, she is described as “the other half of Zadig & Voltaire” whose style “plays in perfect balance to founder Thierry Gillier”.

Just one month before the affair came to light, Cecilia and Thierry gave Vogue a tour around their Paris home, MailOnline reports. They posed for photos in plush five-bedroom property and discussed their “shared aesthetic”.

Asked about her affair with her sister’s husband, Charlotte told Page Six: “This is my private life. You can write whatever you want.

“I have two children in the middle, and I care about them more than the New York Post.”