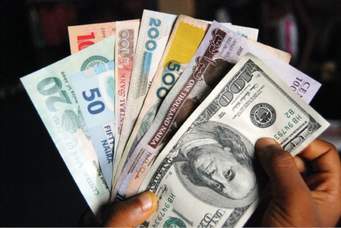 In line with information from Abokifx on the parallel market – a noteworthy FX tracking website, at the black market where forex is unofficially traded, the Naira depreciated against the dollar to close at N470/$1 on Friday.

As the CBN introduced some measures targeted at exporters and importers, when the local currency had strengthened by about 7.8% within one week in September in the black market.

This is to boost the supply of dollars in the foreign exchange market and reduce the high demand for forex by traders.

The CBN has sold over $500 million to BDCs since they resumed forex sales on Monday, September 7, 2020.

This was likely to push more liquidity to the retail end of the foreign exchange market and discourage hoarding and speculation.

Nevertheless, the exchange rate against the dollar has remained volatile after the initial gains made, following the CBN’s resumption of sales of dollars to the BDCs.

In spite, the drop in speculative buying of foreign exchange, the huge demand backlog by manufacturers and foreign investors still puts pressure and creates a volatile situation in the foreign exchange market.

READ ALSO | A side chick was set Ablaze by a Married man in Benue : Shocking Revelation

NAFEX: The Nigerian exchange rate depreciated against the dollar at the NAFEX window on Friday, closing at N386/$1.This shows a 33 kobo drop when compared to the N385.67/$1 that it exchanged for on Thursday, November 12.

The opening indicative rate was N386.50 to a dollar on Friday. This also shows a 40 kobo drop when compared to the N386.10 that was recorded on Thursday.

Forex turnover: Forex turnover at the Investor and Exporters window declined by 39% on Friday, November 13, 2020.

CBN : The CBN is still striving to clear the backlog of foreign exchange demand, especially by foreign investors wishing to repatriate their funds.

The drop in dollar supply after the previous trading day’s increase, strengthens the volatility of the foreign exchange market.

The supply of dollars has been on a decline for months due to low oil prices and the absence of foreign capital inflow into the country.

The average daily forex sale for last week was about $169.93 million, which represents a huge increase from the $34.5 million that was recorded the previous week .

Total forex trading at the NAFEX window in the month of September was about $1.98 billion, compared to $843.97 million in August.

The exchange rate is still being affected by low oil prices, dollar scarcity, a backlog of forex demand, and a shaky economy that has been hit by the coronavirus pandemic.

A financial expert and Managing Director of Financial Derivatives had stated that he expects the exchange rate at the parallel market to likely depreciate to N470-N475/$1 in November and December due to low oil prices that will further limit foreign exchange supply.

New business plan for next year