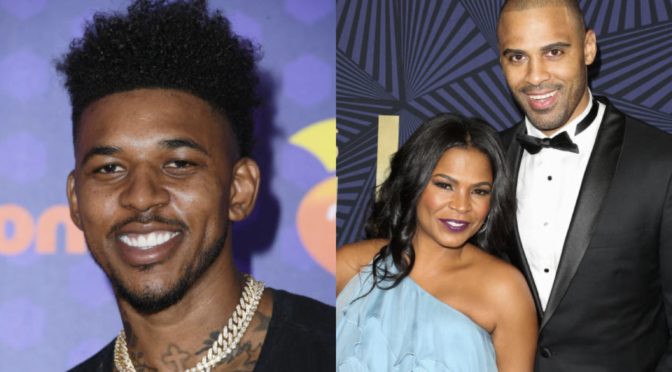 Nick Young recently weighed in on the Boston Celtics coach Ime Udoka’s cheating scandal. During a recent interview with Vlad Tv  the the former Los Angeles Laker star weighed in on the viral news and simple said, “sometimes men just get bored.”

“It doesn’t matter about the women, I think men just get bored sometimes. And you know things happen when you get bored. So yeah I think that’s what happened.” Nick shared.

As we previously reported, Ime Udoka was suspended for the entire year for reportedly having an “improper intimate and consensual relationship” with a female member of the team’s staff.

Related:Paul Pierce Says Ime Udoka Punishment Should Just Be A Fine, No Suspension

In the clip Young talked about how he was caught cheating on Iggy Azalea and compared it to Ime Udoka’s situation saying his was a little different because he was caught by someone on camera.

The Australian rap star, who was engaged to to the LA Lakers player for more than a year, posted a series of updates overnight in response to the report by Life & Style.

“I have never even been told by nick that his baby mother is pregnant so if this is true I’m finding out via E news,” she wrote.

Ime Udoka was clearly wrong in his actions. But I’ve seen Malika Andrews twice defend women without holding them accountable. Independent investigation or not, this protecting women narrative is not the story. Nor should she have so vehemently attacked Stephen A & Perk. #espn

“I broke up with Nick because I found out he had brought other women into our home while I was away and caught them on the security footage.”

“This [the claim Keonna is pregnant” is just like a second shot to the chest. And I feel like I don’t even know who the hell it is I’ve been loving all this time.

If a man wants to cheat, he will do it regardless of how beautiful or amazing their wives & children homes are. pic.twitter.com/HtmdkIwBtO

“People in this world really are fucked up.”

As for Ime Udoka TMZ reported over the weekend that the woman with whom Udoka had an affair was a travel logistics coordinator — and had even booked hotels for Udoka’s fiancee, actress Nia Long.

Long was reportedly blindsided by the news of the affair; she and Udoka, who have been together since 2010 and share a two-year-old son, had apparently been house hunting in Boston right before the news broke.

‘As an African and a Black person, I can tell it must be rough on them’- Usain Bolt reacts to racist abuse directed at...

Elon Musk Offers To Buy Twitter For $43B In Cash