Her team reported that Dre’s transfer of property, which ‘he owned with’ the mother of his two children, occurred without her ‘knowledge or consent.’

Two days after the threat, Nicole had no choice and initiated divorce proceedings.

According to papers obtained by Page Six: 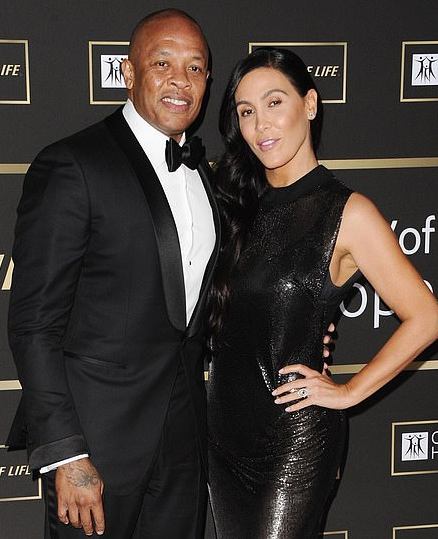 Dre’s transparent and reprehensible scheme to transfer these assets away, without Nicole’s knowledge or consent, so he could retain more for himself in a divorce from his wife of 24 years, is an epic failure and reveals the true nature of his character, or lack thereof,’.

The latest suit reveals that the ‘valuable trademarks’ were filed during Dre’s  years married to Nicole, which coincided with his years of rising success in the music industry.’

According to TMZ…. sources close to Dre, say the allegations are ‘ridiculous’ and an ‘attempt to embarrass him into submission’.

‘It’s the act of a desperate woman who finally realized that the iron-clad prenup she signed doesn’t win her the lottery.’

In addition to accusing him of hiding assets, the outlet revealed she is claiming to be the ‘victim of physical, emotional and financial abuse’ during their relationship.

In their 26 years together, there has never been any hint or claim of threatened or actual physical violence and the inference is an insult to actual victims of domestic abuse,’

As you already know — the duo shares two kids together,  Truice, 23, and daughter Truly Young, 19.

Young, who was previously wed to NBA player Sedale Threatt, said she initially signed one before their May 25, 1996 wedding, but Dr. Dre later destroyed it during the better times in the marriage two years later.

Earlier this month, she submitted a justification for her request for a stunning $2 million per month in her divorce proceedings.

As of now, Dre is covering all of her expenses.