Onitsha seaport has become functional after it was commissioned on October 6.

“The Plan is to move containers from Lagos & Onne Ports to Onitsha by barge.

For now I believe what’s being done is testing. You need to do a pilot first, assess efficiency, do troubleshooting etc, before you roll out full operations.

But if it works as planned!” 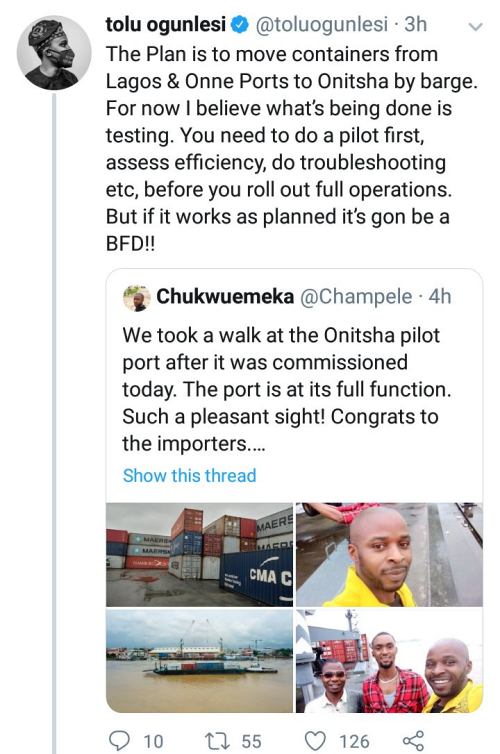 “So someone just pointed out to me that on the Maersk website, Onitsha is now available as a port of final destination.

The Onitsha seaport has been non-functional for decades and Nigerians took to Twitter to rejoice after it was commissioned.

We took a walk at the Onitsha pilot port after it was commissioned today. The port is at its full function. Such a pleasant sight! Congrats to the importers.
Thank you @MBuhari@Alhaji_Ikemba @nwaEleberi pic.twitter.com/Hhk7E4fbQG 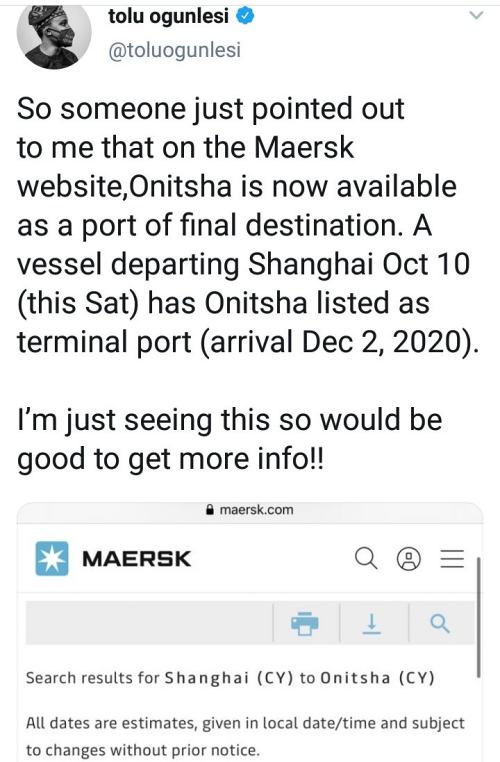