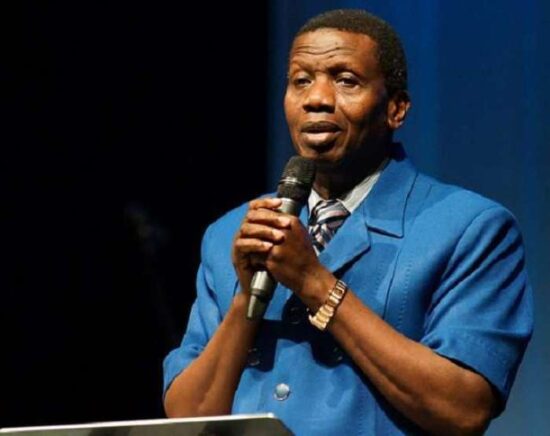 My sons, don’t marry a lady who cannot cook. She needs to know how to do chores and cook because you cannot afford to be eating out all the time.#EAA78 #LetThereBeLight3 pic.twitter.com/TgeGKRv9xQ

Aroused many fingers, this includes the critics, the true followers and the black sheep.

Check out some Tweets below; 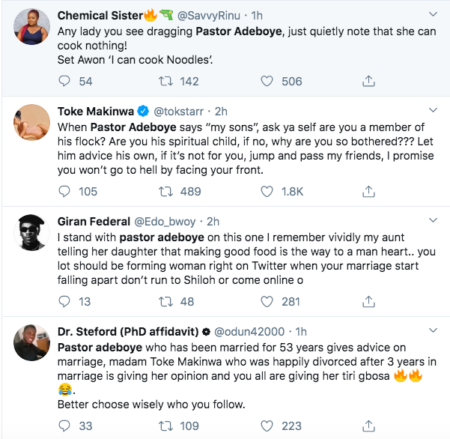 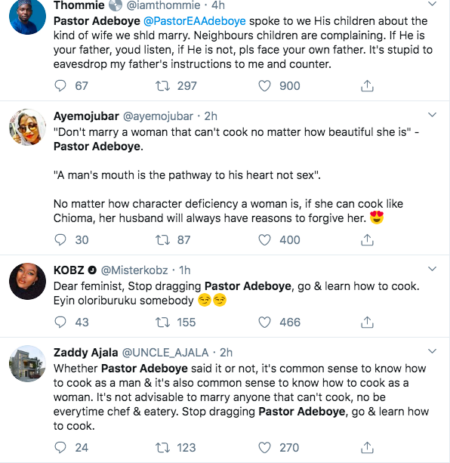 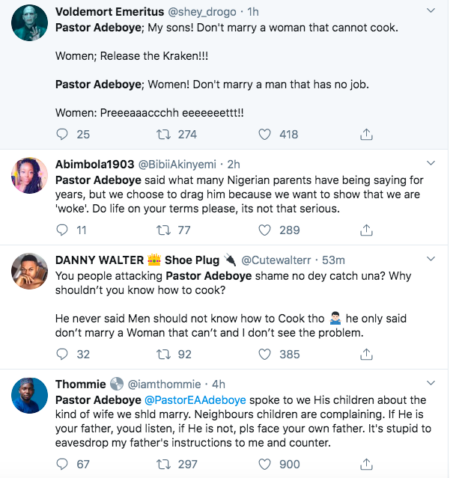 What do you think ?

There is some skills that is not teachable, but are embedded, Nobody teaches

a male dog, that he has to raise one of its leg up before he can urinate, likewise

in a female dog, she needs to steep down and urinate, Every woman is

blessed with the spirit of a helper, its arrogance and laziness, made some

loose that good quality, the goal is to live forever after, won’t it make you

joyful that some days your woman would do a surprising dish she learned.

A family that dines together, stays together. when its not your cooking

the love of good food, would be transferred to the one that cooked it. 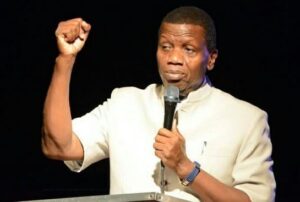 Enoch Adejare Adeboye was born on 2 March, 1942 in Ifewara, near Ife,

He went to the University of NIgeria (UNN) in Nsukka but because of the Nigeria Civil War,

graduating with a bachelor’s degree in Mathematics in 1967.  That same year, he married

Leke Adeboye and Dare Adeboye. In 1969, he obtained a master’s degree in hydrodynamics from

University of Lagos. He joined the Redeemed Christian Church of God in 1973 and began

In 1975, he obtained a Ph.D. in Applied Mathematics from the University of Lagos.

He holds a position as Professor of Mathematics at University of Lagos. 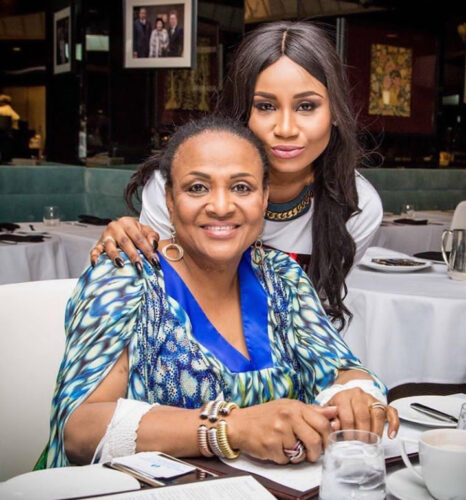 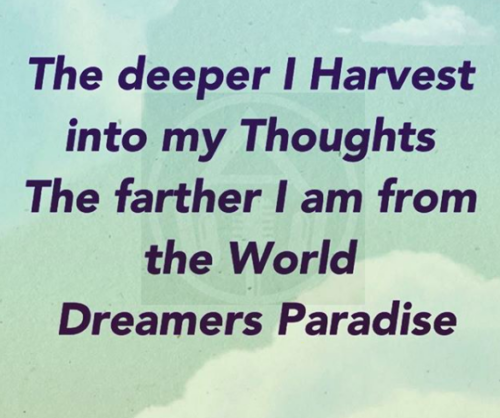 The deeper i harvest- Dream Quote