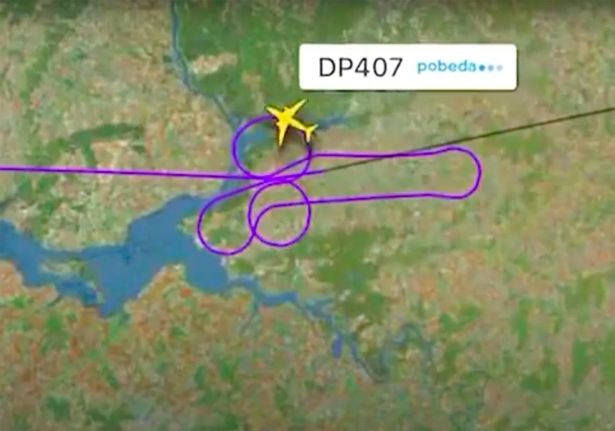 Pilots of pobeda airline under investigation as two pilots drew gigantic penis in the sky in x-rated detours. The pobeda airline plane supposedly drew a penis above the city of Neftekamsk, in Russia, in solidarity with the  Russian football team captain Artem Dzyuba who was suspended after footage showed him performing a sex act on himself.

These two pilots are under investigation for supposedly performing phallic-like turns in Russian airspace in a strangely unconventional act of solidarity with the country’s football captain.

The unnamed crew of Pobeda airline are reported to have manipulated the plane to draw a penis in the sky to support Russian team captain Artem Dzyuba who was suspended from international duty after footage showing him performing a sex act in bed went viral. 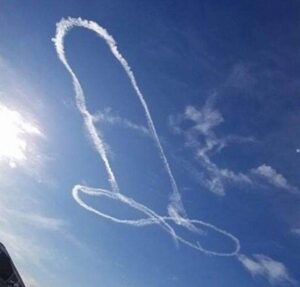 READ ALSO | Some men in military uniform took my husband away.

The pilots drew gigantic penis in solidarity to the football coach but Kremlin-owned RT called it a “ballsy flight path” but questioned if the alleged stunt was a “bit too cocky”.

“This was probably the way in which Pobeda captains expressed their support to Russian team captain Artem Dzyuba and showed their attitude to him being bullied,” said a spokesman for the airline.

It was later confirmed that the Federal Air Transport Agency is investigating the “phallic protest” over the city of Neftekamsk.

Reports say the crew requested permission for air manipulations “due to a need to check radio-navigation equipment”.

Oleg Panteleev, executive director of Aviaport agency, told RBC news outlet that a check was being made on if the crew had received permission for unusual manoeuvres around Neftekamsk and if so, then it should be confirmed if the turns in the sky threatened safety.

The probe will also check if the crew broke the boundaries of ethical behaviour.

Roman Gusarov, editor in chief of avid.ru, stated: “You have got to be mad to perform manoeuvres like this. These kinds of things get punished severely.”

He added that if true the stunt appeared “extremely dangerous because traffic density is high and air corridors are narrow. Moreover to draw something like this and then to admit to it means confessing to hooliganism.”