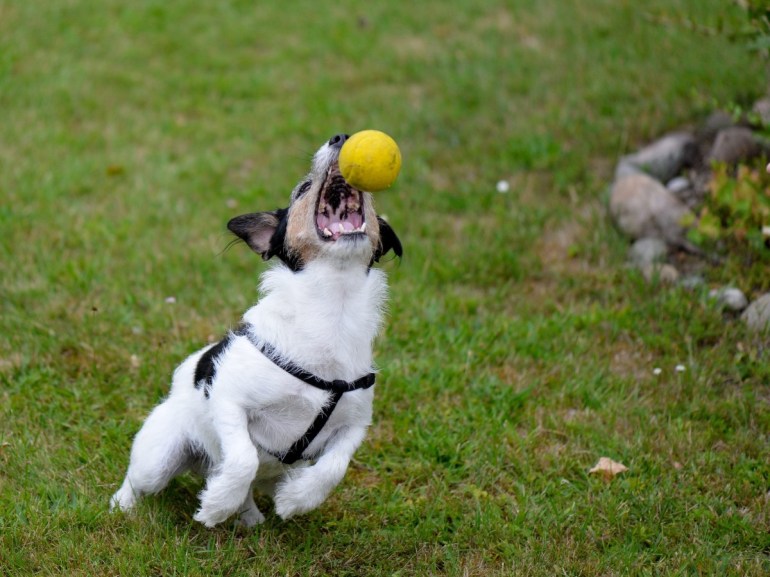 The All England Club’s bid to replace ball boys and girls with trained dogs at Wimbledon suffered a major setback when the pooches refused to return the balls back.

According to a report in The Daily Star, an attempt was made by a local tennis club to teach the dogs to fetch balls and return them. However, they fetched the ball but refused to drop them and had to be offered treats to get the ball back.

What did the dogs do?

According to reports, the dogs were trained at the Wilton Tennis Club in London where they underwent speed and agility tests. The dogs were also trained to run up and down across the court and high jump over the nets.

Dogs were also trained to fetch the tennis ball swiftly and hand it back in time. However, they often refused to give the ball back. Thus, it was decided that the dogs are not ideal to replace the ball boys and girls. Martin Schiller, the coordinator of the Wilton Tennis Club, revealed the dogs were excellent at fetching the ball quickly but were not so keen on returning them.

“Our players did find themselves in a game of tug-of-war,” club coordinator Martin Schiller said. He added, “We had a stash of treats on the sidelines to offer up as a bit of encouragement which certainly did the trick.”

Every year around 1,000 teens apply to work at the tournament. A quarter of the applicants are chosen to take part. Ball boys have been used since the 1920s but girls were only introduced in 1977.

The idea was first proposed by insurance provider ManyPets

Failure The Steering Wheel to Success

WHO: COVID-19 ‘is probably at a transition point

Toxic habits that can hinder Success