Pop Star Madonna posted a video on Tuesday which is alleged as misinformation about COVID-19 and hydroxychloroquine, quoting on Instagram that a vaccine for the virus had been developed but was being withheld to “let the rich get richer.”

She wrote on the post which was flagged by Instagram as false information— “The truth will set us all Free! But some people don’t want to hear the truth,”.

The viral video, also retweeted by President Donald Trump before its deletion by Twitter, featured controversial Houston physician Dr. Stella Immanuel claiming she had treated hundreds of patients with hydroxychloroquine and prevented death. 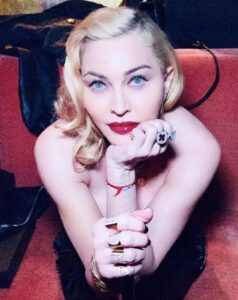 Dr. Stella Immanuel also said masks were not necessary when there is a known cure.

Trump has repeatedly promoted hydroxychloroquine, and claimed to be taking it himself to ward off the sickness.

Singer Annie Lennox expressed shock that Madonna spread the misinformation. “This is utter madness!!! I can’t believe that you are endorsing this dangerous quackery,” she wrote. “Hopefully your site has been hacked and you’re just about to explain it.”

She called COVID-19 “the great equalizer.” After testing positive for antibodies, she wrote that she would take a drive and “breathe in the COVID-19 air.”

This video gives me hope that not only will I be walking without crutches one day soon but also Dancing and Roller Skating Again!! I Miss being the Dancing Queen !! 💃💃💃 Having the time of my life!! 🙏🏼 #positivethinking #mindovermatter

The pop superstar was using two crutches, after sustaining injuries during her Madame X tour.

Madonna didn’t wear a mask during the Black Lives Matter protest held in London, instead opting for a pair of sunglasses.

However, she was still instantly recognizable, and her support of the protest seemed to buoy the spirits of fellow protestors.