Renee Gracie an Australian citizen, was the first full-time female Supercars racer but has no regrets about leaving her old career behind to sell X-rated content online.

The 25-year-old said she earned very little money racing and the financial benefits of her new career make it all worth while.

“It has put me in a financial position I could never have dreamed of and I really enjoy it — Renee Gracie told Australia’s Daily Telegraph. 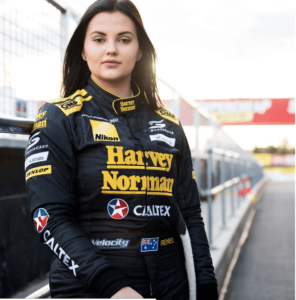 READ ALSO | PHOTO: The Aghori cult who live in cemeteries, use dead bodies as alters and eat human flesh

“I am fine with whatever they want to call me. I am earning good money and I am comfortable with where I am at.”

Gracie said she simply lost her passion for racing even having shot to fame by joining forces with Swiss racer Simona de Silverstro at Bathurst in 2015.

She is planning to buy a property and pay it off in full within a year and will do “pretty much anything” to earn money on the site (OnlyFans). 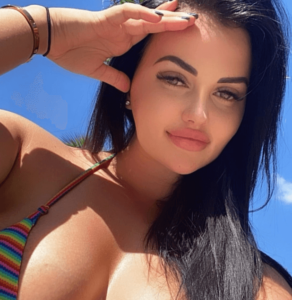 READ ALSO | SHOCKING : A Mum Dream Home in Isle of Sheppey fell off a cliff overnight

She added: “I got over it and realised I wasn’t good enough and moved on.

“I was then selling cars at a car yard, busting my a***, and a couple of fans suggested I do OnlyFans and it started from there.”

Gracie started with nude photos but having made nearly £1,700 in her first week, she quickly moved on to sharing videos of her having sex. 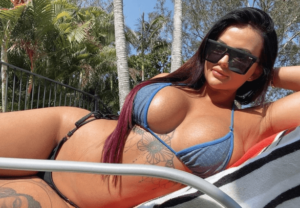 Her family support her decision, according to former racer who said: “Believe it or not my Dad knows about it and supports it.

[…] man in Buffalo — Martin Gugino … was shoved to the ground by an aggressive cop denies any ties to Antifa.. after President […]

[…] However, things seem to be OK — even after this arrest — the couple is still together and Stevie recently told The Shade Room he’s not going anywhere. […]

#AtlantaShooting: PD shoot unarmed Rayshard Brooks fatally in the Back

[…] is reportedly to be the 48th officer-involved in shooting, the Georgia Bureau of Investigation has investigated this […]

The beaches in #Spain are open and ready for visitors : Photo Emerge

[…] partner Angela Lorenzo, 27, added– “I’d say the flight was 90 per cent Spanish and the Brits were mostly traveling on their own and looked like holiday home owners rather than your typical tourists who […]

[…] someone’s total nakedness opens door beyond our human comprehension, and not all of us are normal and many are dedicated to kingdoms, Alters, Covens, Demons, Cult, […]