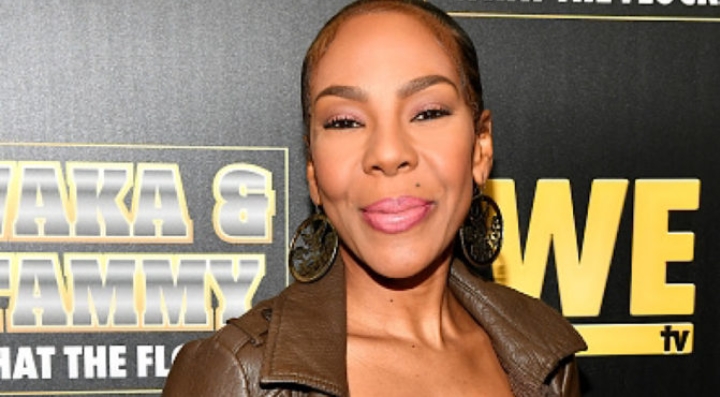 Drea Kelly seems to be reminding us who the heck she is after her ex-husband R. Kelly tried to blame her for HIS deviant/predatory behavior!

As we previously reported, the lengthy psychiatric evaluation report that Kelly’s legal team submitted and was recently obtained by @RadarOnline detailed his childhood abuse, his sexual preferences, and his relationships, including his 13-year marriage to Drea.

The 55-year-old disgraced singer claimed his 48-year-old ex-wife’s dream to be a dancer interfered with their family and his career.

Kelly reportedly explained that Drea allegedly vowed to be a wife who took care of her duties but instead became a successful choreographer: “Mr. Kelly stated that his sexual history related to conflict with his ex-wife of subsequent estrangement from his children,” the report stated.

While Drea Kelly didn’t respond to that report, it looks like she’s completely unbothered and is focusing on what’s important to her which is her kids and dancing.

The 48-year-old has been sharing fun videos where she’s showing off her dancing skills and social media users are having a field day with the latest clip! Check out what some had to say:

Related:R. Kelly Reportedly Blames Ex-Wife Drea Kelly For His ‘Deviant Behavior’ And Being Estranged From His Kids

The way I lived for this don’t kill me 😩 https://t.co/rNn08MjgnU

Me beating my older cousins in Mortal Kombat with all the female characters as a child: pic.twitter.com/BFnefQS82b

The psychiatric eval was his last effort to convince a judge that he’s not a monster. However, Kelly clearly failed, and a federal judge sentenced him to 30 years in the slammer for racketeering and sex trafficking earlier this month by a New York magistrate.

What Else Is Going On With R. Kelly

Kelly will now face trial in a Chicago court to face charges for allegedly having sex with minors.

Related:R. Kelly Reportedly Requests His Former Marriage To Aaliyah Not To Be Discussed In Upcoming Child Pornography Trial

Ahead of the trial, R. Kelly who has been transferred over to Illinois, Chicago, where the trial will commence on August 15 as he gears up to face a second jury to contend four child pornography counts, five additional enticement counts, and three counts connected to receiving child pornography, had his attorneys file a motion, saying that prosecutors shouldn’t be allowed to bring up any claims of a sexual relationship with Aaliyah because she is deceased, “including evidence that [Kelly] married Aaliyah in 1994 when she was underage.”

The Word We Speak Determines Our Destiny

What to do when your tyre suddenly bursts while driving