Stacey reveals there is no jointly owned personal property that needs to be divided. As far as her income goes … Stacey says she brings in $2,500 per month. 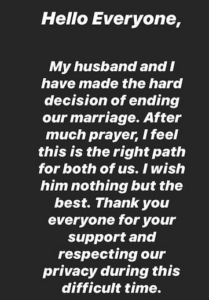 Stacey was arrested in Florida back in September — even though she’s the one who called cops — after allegedly pushing his estranged hubby and slapping him. But, prosecutors dropped the case after a few days.

#Bruised Boy, 4 was Starved to Death by Dad and Girlfriend : Dehydrated in a Trailer