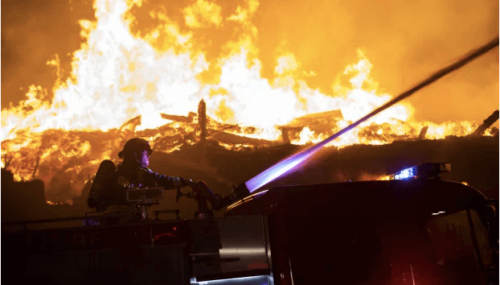 Target was alleged to be supporting Minnesota PD and wouldn’t sell milk to tear-gassed protestors. 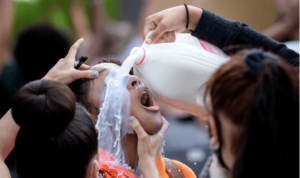 Demonstrators are seen dousing their face with milk after encountering tear gas.

Fury is mounting over the death of Mr Floyd, who died after police officer Derek Chauvin knelt on his neck.

Hours later however, the Lake and Hiawatha areas had descended into total chaos, with #looting, violence and fires. 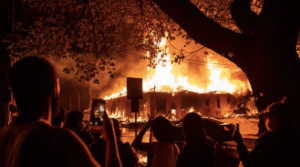 At least one under construction apartment block is reported to have been burned down – and a factory also caught fire.

Businesses such as Target, Wendy’s, Auto Zone and Aldi have also been torched, looted and damaged.

As day break over the city following a night of violence, the reek blazes could still be seen puff out smoke.

Parts of #Minneapolis this morning looked like something out of a war zone #GeorgeFloydpic.twitter.com/Y4HZS7a5Ox

Minneapolis city authorities have requested assistance from the National Guard as the unrest looks set to continue, Protesters sprayed graffiti on the walls of Wendy’s and tried to bust open an ATM.

Footage on social media showed car parts company AutoZone up in flames as people were seen hurling rocks through its windows.

Target store near the site of Floyd’s murder– inside of the store now looks like garbage and the floor stinking with water.

The shop had been emptied by protesters and the remaining merchandise is seen flung across the floor.

Some protesters wreaked havoc on the police precinct, pushing over barriers and smashing up the site’s windows.

Rallies are calling for Chauvin and the three other officers reported to be involved in the death of Mr Floyd to be charged with murder.

A group of what looks like protesters also gathered outside of what they believed is the home of fired officer Chavin in Oakdale, according to the news station.

Unverified reports have stated “dozens” of officers are on guard at the property amid fears for the cop life.

The looting have also advanced to St Paul Minnesota. Minnesota governor declares state of emergency, activates the state’s National Guard to respond to #looting and violent protests in the Twin Cities over the death of George Floyd.

More looting scenes from St. Paul, check the video around 28 seconds you see a car reverse through a delivery entrance.#StPaul #GeorgeFloydpic.twitter.com/tCpbBfO1CH 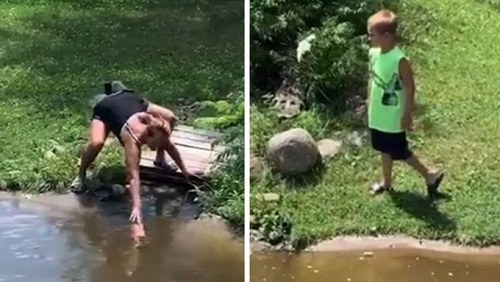 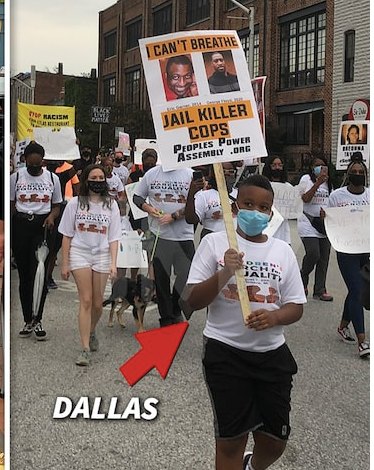 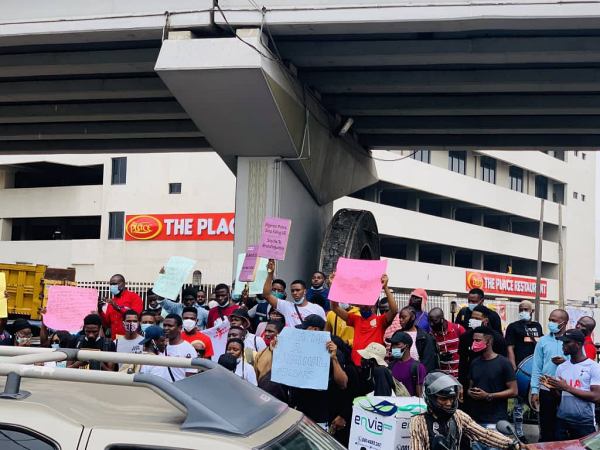