Tik Tok App has come under fire from Washington which has accused it of censoring content on its platform that may be sensitive to Beijing. The app has denied that it does this.

The U.S. is also concerned that TikTok’s data could be accessed by China. Secretary of State Mike Pompeo said earlier this week the Trump administration is “looking at” banning Tik Tok and other Chinese social media apps.

Tik Tok said it has “never provided user data to the Chinese government, nor would we do so if asked

Tik Tok App influencers are dusting off their resumes because of President Trump — they’re terrified he’s about to ban the app, and force them to find JOBS outside social media.

With the Trump Administration considering a ban on the super-popular video creation app — due to the escalating trade war with China — TikTok influencers who make a killing on their posts tell us they fear the future.

Sean, whose magic trick-themed page @seandoesmagic has 13.5 million followers, says the China-based app shutting down would be financially crushing because he makes $15,000 to $20,000 per sponsored post.

Sean says he’s in talks with McDonald’s to do a promotional tour this fall, which would involve live magic gigs — but he’s worried that’ll vanish if the app is banned.

Drage Kamerman’s comedy channel @dragekamerman has 2.1 million TikTok followers, and while he has a plan B, it won’t offset immediate financial losses.

Drake says he makes $7,000 to $10,000 every few weeks on TikTok, but it took him a year and a half to build his followers and start making that kinda money.

If the app goes away, he’ll jump to YouTube and Instagram. He just worries his international followers won’t find him — not at first, anyway — and his sponsor money would go with them.

Niko Valdes, whose family-centric page @babyfaceniko has 1.5 million followers, tells TMZ … he’s terrified he won’t be able to make ends meet and put food on the table for his fam.

His channel is all about his wife, his toddler and him — and TikTok is their primary source of income … $7k to $10k a month.

Without that cashflow, his wife would have to go back to her therapist gig, and he’s not sure what he would do. Niko says he just inked a flurry of endorsement deals on TikTok after 4 fruitless years trying to make dough on YouTube and IG.

READ ALSO | Unknown Pneumonia in Kazakhstan caused 1,772 Deaths in the first Six months of the Year

Of course, these high-paid influencers would be added to the more than 21 million people currently unemployed in America … so, worst possible timing. 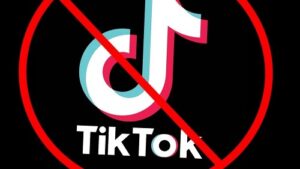 TikTok APP has been pulled from Apple’s App Store and the Google Play Store in Hong Kong.

TikTok, which is owned by Beijing-based ByteDance, flagged earlier this week it would be exiting Hong Kong “in light of recent events,” referencing the national security law passed at the end of June.

Users of the popular short video app  who had already downloaded it in Hong Kong can no longer use it.

Under the new law, people found guilty of secession or subversion can be punished with a life sentence in prison.

But the law also gives authorities powers to police online content including requiring technology platforms and internet service providers to delete content that falls foul of the legislation, or face fines.

The social media app has also come under fire in India where it was recently blocked along with 58 other Chinese apps.

The Indian government said it took the action to ban the apps, alleging “they are engaged in activities which is prejudicial to sovereignty and integrity of India, defense of India, security of state and public order.”

Meanwhile, tensions between India and China have been rising over their disputed border in the Western Himalayas and a clash earlier this month left 20 Indian soldiers dead.

One thought on “TikTok Influencers Terrified App Getting Banned, CV’s Are Been Dusted”